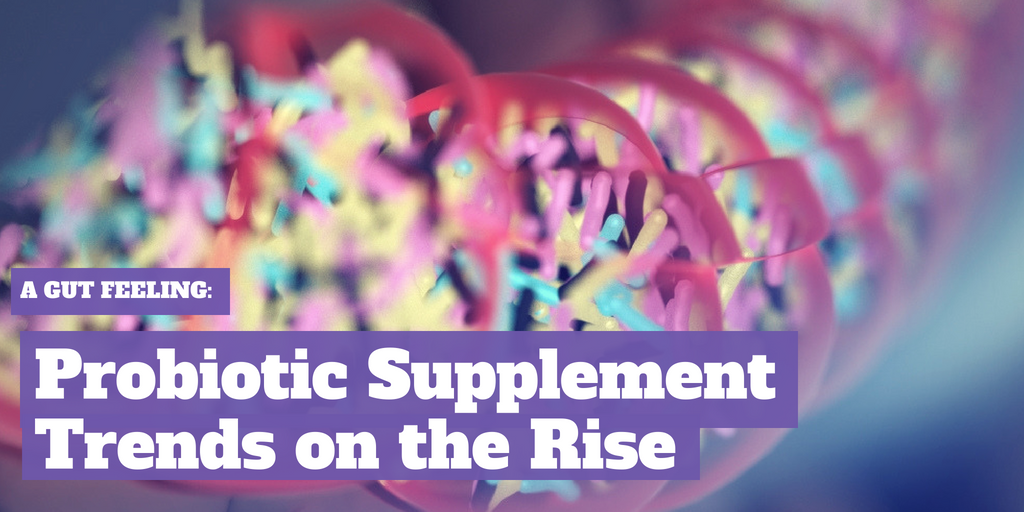 A Gut Feeling: Probiotic Supplement Trends Are on the Rise

No matter where you like to get your nutraceutical news - it seems like everyone is talking about probiotics. We're more than half way through 2016 and it looks like there's no denying that consumer demand for these microflora is on the rise!

Probiotics – they're microscopic, single-celled, and it looks like they are here to stay. With a total recorded market value of $62.6 billion as of 2014,1 it should come as no surprise that industry insiders and manufacturers have started to recognize the value of crafting and promoting probiotic products.

Probiotics: What does the trend report say?

If we turn to our favorite digital popularity gauge, Google Trends, it becomes clear that the popularity of "probiotics" as a search term matches the markets growth almost perfectly.

According to Google Trends, US user interest in probiotics reached an all-time high as January of this year. Even though there's been a slight dip since then, the numbers have started to climb back up as of May 2016.

What's behind the increased consumer demand for probiotics?

Arguably, there are dozens of different at factors at play – and each one has influenced the rise of probiotics in its own way. But so far as we have been able to tell, we've noticed that there's been one particularly interesting turn of events when it comes to how the industry and consumers view probiotics.

Traditionally, probiotics have been associated almost exclusively with gut health  – and for very good reason! The links between digestive health, the naturally occurring bacteria in the human gut, and a number of different probiotic strains have been documented by scientific researchers for decades.

While many consumers and manufacturers still look to probiotics as the top choice for digestive health, a surge of new and exciting research has linked probiotics to so much more! Here are just a few of the market segments where probiotics may be able to play a role:2

With each new break-through, the potential for dietary supplement manufacturers and brand owners to craft a probiotic supplement that helps a consumer meet a set of needs or solve a problem that's unrelated to digestive health increases exponentially!

Given the current trends in scientific research and the consistent increase in consumer demand, it looks probiotics will continue to be one of the more valuable segments of the dietary supplement industry through the remainder of 2016.