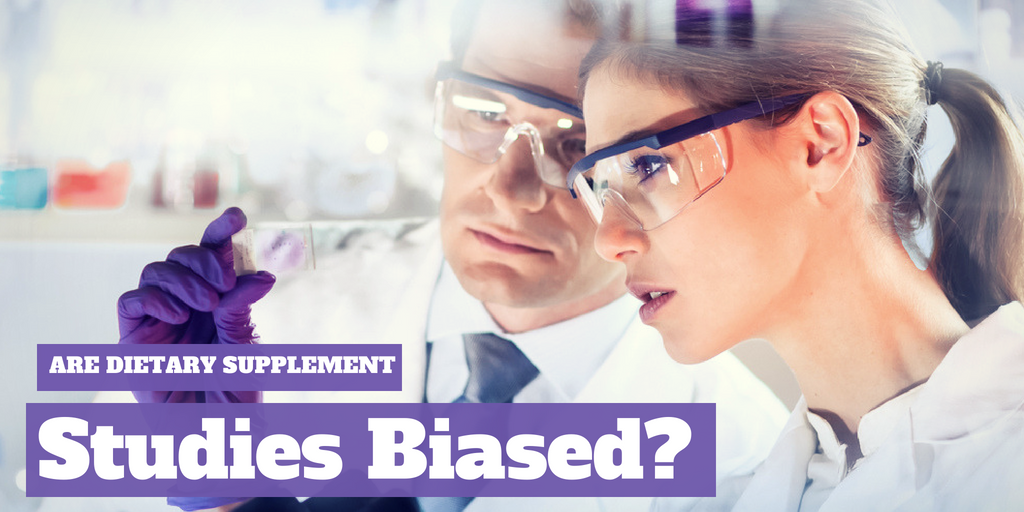 When it comes to the safety and efficacy of dietary supplements, scientific studies and trials act as some of the industry's foremost authorities – and rightfully so! In most industries, including this one, it's not uncommon for the creators of a patented ingredient or formulation to commission research on that product. Situations like this has left industry insiders and consumers asking a daunting question: Are commissioned dietary supplement studies more biased than others?

Most recently (and in an effort to provide consumers and industry insiders with an answer) three Australian researchers published their finding in JAMA Internal Medicine.

Is there a supplement industry bias in nutritional studies?

Along with reviewing 12 existing meta-analyses on the subject, the researchers examined hundreds of individual nutritional and nutraceutical studies to determine whether or not there were any statistically significant differences between the studies that were industry sponsored and those that weren't.

Here's what they found:

This systematic review and meta-analysis examined 12 supplement research study reports and found that 8, which included 340 studies, could be combined in a meta-analysis. Although industry-sponsored studies were more likely to have conclusions favorable to industry than non–industry-sponsored studies, the difference was not significant. There was also insufficient evidence to assess the quantitative effect of industry sponsorship on the results and quality of nutrition research.

While the researcher were unable to find any statistically significant measures of bias, they did notice one significant difference between the sponsored and non-sponsored studies.

Sponsored v. Non-Sponsored: No Bias, But One Noteworthy Difference

The researchers noted that when compared to non-sponsored studies, industry back studies were 4-5% more likely to experience "favorable" results. Why would this be?

One of the explanations which the researchers chose to highlight recognized that when it comes to industry-sponsored studies, there is an increased likelihood that the ingredient or formulation in mind has been carefully crafted with a specific end goal in mind.

Between having a pre-established end goal and the ability to pose questions necessary to determine whether or not that goal has been achieved, it seems to follow that an industry sponsor study would have a greater chance for generating "favorable" results.

You Can Read "Association of Industry Sponsorship with Outcomes of Nutrition Studies: A Systematic Review and Meta-analysis" Here