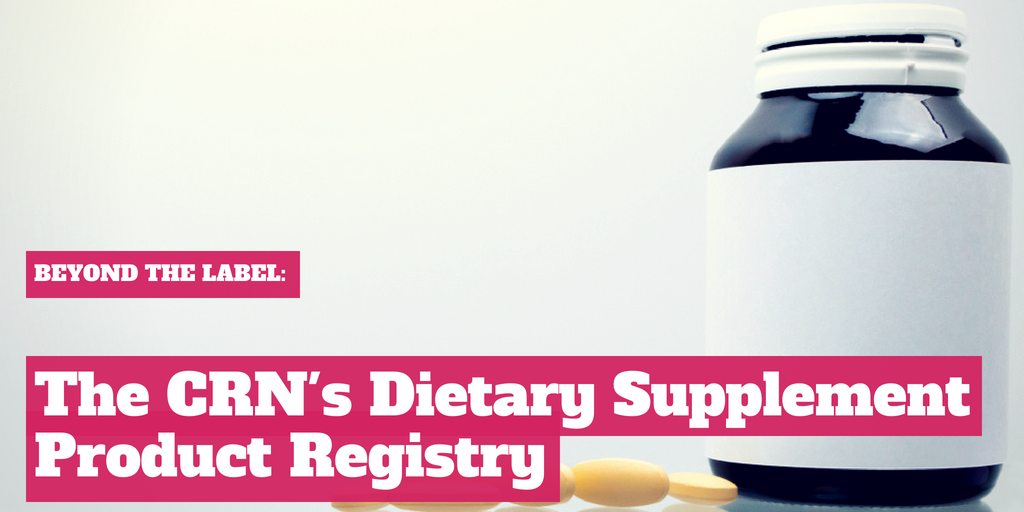 Beyond the Label: The CRN’s Dietary Supplement Product Registry

Earlier this month, The Council for Responsible Nutrition (CRN) received authorization from its Board of Directors to create an industry-wide dietary supplement product registry. With a blessing from the FDA already in hand, CRN has hopes of launching the registry by the end of 2016.

Plans for a Dietary Supplement Registry

While the initiative may still be relatively new, plans are already underway detailing how the registry will be structured. The hope, to borrow the words of CRN President and CEO Steve Mister, is that the registry will “evolve” over time in order to best accommodate the needs of consumers, industry manufacturers, and brand owners.

As of now the version that CRN plans to roll out by the end of the year will be built around a multi-tiered system – three to be exact. The first tier would be dedicated to simple ingredient and label information that would ultimately be made available to everyone, including consumers. The second tier, as described by Mister, would consist of a more detailed database in which companies could include additional information (e.g. additional product info, certifications, and seals associated with products or manufacturing facilities, etc.). The format of the third tier has yet to be disclosed at this time.

The registry itself would be maintained by third-party auditors. CRN plans to announce who exactly those auditors will be later this spring.

CRN’s decision was fuelled in part by previous board ruling: CRN members have to participate in the Office of Dietary Supplements’ (ODS) dietary supplement label database by 2017. Upon reviewing the ODS database, CRN decision makers realized that it did not contain the level of detail that they wanted, nor did it contain the level of detail that they felt their target audience wanted. In the words of Mister, “We felt … there is a place for a broader registry that would be consumer-facing and retail-facing that would have additional information beyond just what’s on the label.”

CRNs hope is that the database will, over time, be adopted by the industry as a whole. Ultimately, this registry could serve as a positive self-regulatory move for the dietary supplement industry, which over the course of the last year has received a considerable amount of negative press as critics (fueled by scrutiny from numerous state attorneys general) openly questioned the efficacy of the FDA’s oversight of the industry.

In addition to these hopes and potential benefits, Mister also pointed out that this voluntary database, if successful, could serve as a reference point for a mandatory piece of regulatory legislature at some point in the not too distant future.