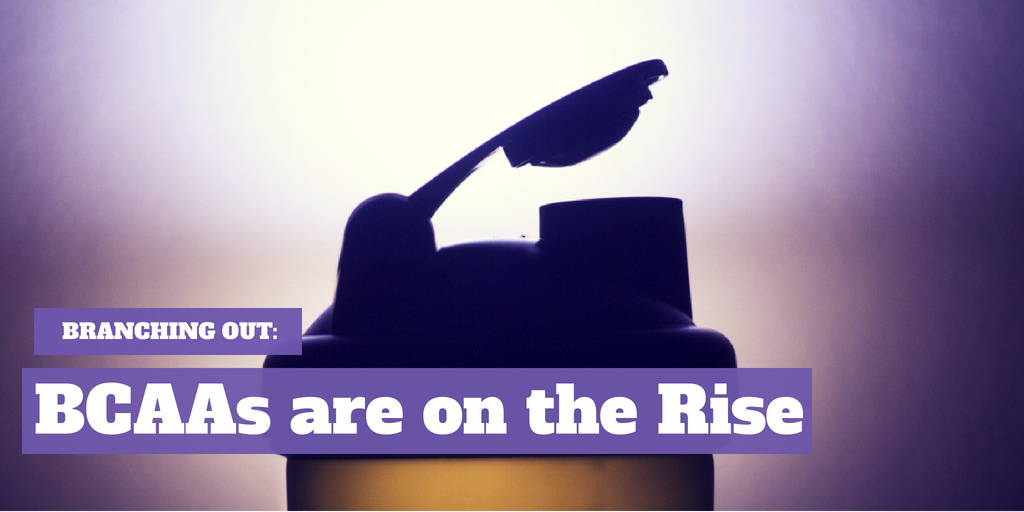 Branching Out - The Rise of the Most Popular BCAA Supplements

Earlier this week, we sat down with our production specialists and asked them which sports supplement ingredients we should be watching. From there we decided to turn to social media and the king of the search engines, Google, to see what the rest of the industry (and consumers) had to say. What did we find? Overwhelming evidence that Branch Chained Amino Acids (BCAA) supplement benefits are being recognized and they are on the rise.

What Does the Trend Report Say?

As we've mentioned in the past, one of our favorite ways to gauge the “trendiness” of an ingredient (or any aspect of the industry, for that matter) is with the help of a Google trend report. For those who aren’t familiar with them, a Google trend report doesn’t show the absolute number of search inquiries for a keyword, instead it displays relative data on a 0-100 scale. If, for a given date, the topic you’re putting together the report on is at 81 that means the popularity of the term is at 81% of what it was at its most popular.

At the moment, BCAAs are in a very interesting position. According to the trend report that we pulled on April 26th, 2016, BCAAs are at 100. In the event that the pattern that’s currently playing out continues, BCAAs will reach their most popular point in recent years within the next few months.

What are BCAA Supplements?

Simply speaking, BCAAs are exactly what their name suggests – amino acids with a notably "branched" atomic structure. Fun fact: The “branch” that lends itself to their name is actually a single, central carbon atom that’s bound to other carbon atoms (three or more).

Now, when it comes to the BCAA family there are three proteinogenic BCAAs (meaning that they help promote protein synthesis): leucine, isoleucine, and valine. Not surprisingly, these are the BCAAs that the bodybuilding and sports supplement industries have taken the most interest in. Their protein-synthesizing willingness, ability to work directly with skeletal muscle, and studies suggesting they can aid fat loss while still allowing for muscular "gains" has made them a popular pre-work out choice among bodybuilders and weightlifters.

The Most Popular BCAA Supplement Format

At this current moment, the most popular BCAA supplement format happens to be powdered mixes (most often as a component in a pre-workout mix). That being acknowledged, there are a handful of liquid/beverage BCAA formulations on the market today, but they're typically the less popular variation (thanks largely in part to the pricing differences at the consumer end between a powdered option and a pre-made beverage option).

For those looking to ride the BCAA wave before it crests: The time to act is now! Even though it seems more than likely that the popularity of BCAAs will continue to rise over the next few months, there's no way of knowing how long this window of opportunity will remain open.

EAA vs. BCAA: What Do Supplement Brand Owners Need to Know?

Nutraceuticals For a Restful Sleep: Everything You Need to Know