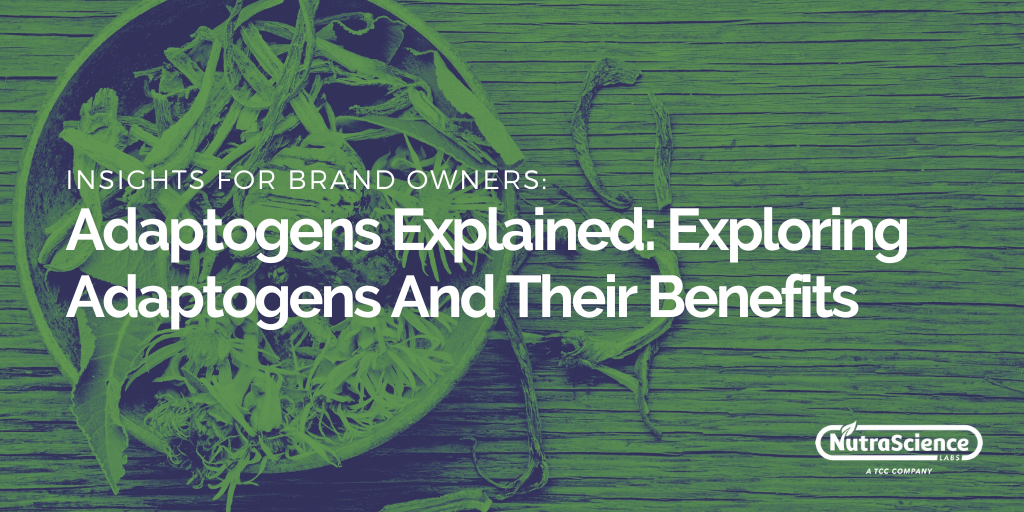 While most adaptogens are herbs, not all herbs are adaptogens. As a supplement brand owner, it is essential to understand this distinction before you start your supplement line of adaptogens. Adaptogens are substances, more often than not, herbs that have no significant biological effect on the body other than bringing it into a state of homeostasis. And if any herb fits this description, it can be referred to as an adaptogen.

How do Adaptogens help us?

An adaptogen is known to reduce the harmful effects of stress on the body; in some cases, consumption of adaptogens has also increased stamina and reduced fatigue. Most adaptogens have been found in the roots of certain plants, causing the extract to have a bitter taste; therefore most brand owners prefer to include an adaptogen capsule in their line of products as opposed to a liquid or powder.

Let us take a quick look at some of the most common adaptogens in today’s market:

This is one of the most widely known adaptogens in this industry; it is commonly referred to as ginseng. Asian countries like China and Korea have been using ginseng as an adaptogen, tonic, and stimulant, which has resulted in hundreds of clinical studies published on this humble ingredient.

Like ginseng, the root part of Rhodiola Rosea has been used as a traditional medicine in Russia, Scandinavia, and neighboring countries. The key components found in Rhodiola Rosea are rosavin and salidroside, which have been believed to increase productivity at work, physical endurance, resistance to high altitude sickness, longevity, and reduction in moodiness and fatigue. This adaptogen is also believed to benefit and promote sexual health in adults.

This is one of the recently found adaptogens that, although botanically incorrect, is sometimes referred to as Siberian ginseng. While the plant doesn’t come from the same genus as Panax ginseng, many of the functions are similar. While showing excellent adaptogenic properties, this herb has also been found to support adrenal gland function whenever the body is challenged by stress. Although it is less of a stimulant than other adaptogens on this list, Eleuthero has shown to have more profound effects in terms of increasing stamina. It is also known to enhance physical endurance and mental acuity without giving a caffeine-like letdown.

Along with its other adaptogenic properties, the primary use of this root is to stimulate immunity. It was used in Chinese medicine as a classic energy tonic and in place of ginseng for individuals over 40. This adaptogen works by stimulating several immune system factors, resulting in an improved response to lymphocytes, potentiating the activity of monocytes, and enhancing the natural killer cell activity of normal subjects. Astragalus also contains saponin that increases phagocytosis and demonstrates hepatoprotective functions.

Ashwagandha, also known as Indian ginseng, has been used as an adaptogen in traditional Ayurvedic medicine. This herb promotes healthy immune function and exhibits significant anti-oxidative properties. Studies have shown that Ashwagandha significantly reduced the amount of free radical oxidation in rats while simultaneously increasing the activity of antioxidant enzymes like superoxide dismutase and catalase. Ashwagandha has also been used to treat emotional and mental well-being as it positively affects the brain’s chemistry.

This fruit has been used in traditional Chinese medicine to maintain respiratory health and assist in problems such as spontaneous sweating, nocturnal emission, forgetfulness, and lack of sleep. It is also believed to improve work performance, reduce fatigue, increase endurance, and build strength.

As stress and fatigue are commonplace in today’s society, adaptogens have gained importance and have seen a growing interest making them a must-have in any supplement brand's repertoire. For more information about these adaptogens, read my article recently published by Nutritional Outlook entitled, “Adaptogens Explained: What Makes An Herb An Adaptogen?”

How Can NutraScience Labs Help?

With over 120 years of experience in the dietary supplement market, NutraScience Labs can help formulate, create, package, label, and store your products with ease. We have helped over 2,300 dietary supplement brands create high-quality capsules, tablets, and powders formulated to address consumers top health concerns.

Get your free quote today or call us at (855) 492-7388 to learn more about our vitamin and supplement manufacturing capabilities.