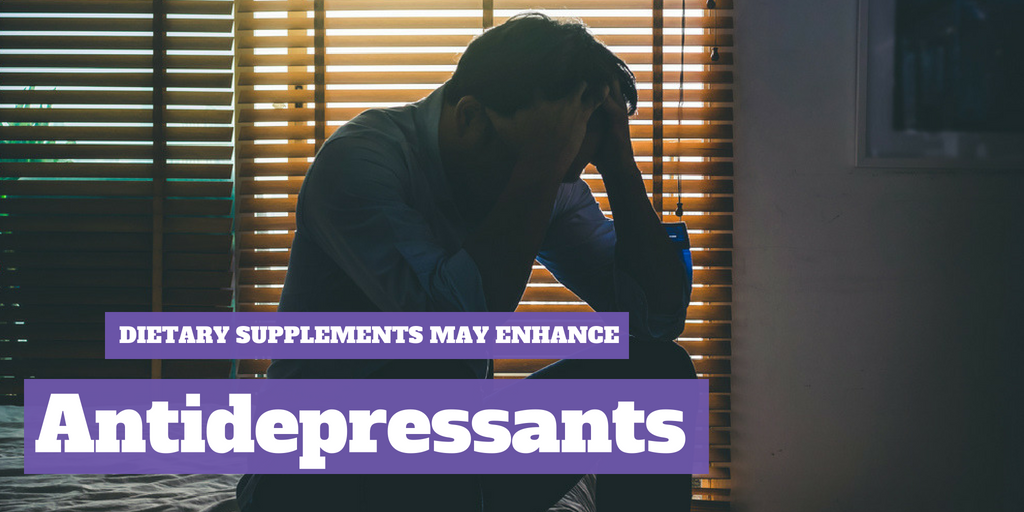 Last week, The American Journal of Psychiatry published an international evidence review that was written and compiled by a team of researchers from the University of Melbourne and Harvard University, "Adjunctive nutraceuticals for Depression: A systematic Review and Meta-Analysis." Despite the seemingly dense title, after examining 40 clinical trials able to come to one undeniably simple conclusion: Certain nutraceuticals, when taken in tandem with antidepressants, were found to enhance the overall effects of the antidepressants in people who suffer from clinical depression.

Even though there have been dozens of studies focused on the relationships between nutraceuticals, depression, antidepressants, and neural pathways – until the researchers began this particular endeavor there hadn't been a single, comprehensive review (or meta-analysis) of the studies that had been done or the results they had found.

The Meta-Analysis Method: How it Was Done

At the start of the review, the researchers systematically searched several medical journals and archives, pulling clinical trials involving supplementary nutrients and depression. In cases where the additional data was available, the researchers utilized a random-effects model to analyze the results and establish the standard mean differences between the baseline, placebo, and treatment results. With the help of several additional methods of analysis, the researchers were able to review the results of all 40 studies.

Even though the studies that were reviewed included a number of nutrients including zinc, Vitamin C, folic acid, and tryptophan – only four of the nutrients tested scored positively for producing a significant change in the efficacy of the antidepressants: Omega-3 (specifically EPA from fish oils), SAMe (S-adenosylmethionine), methylfolate (a more bioactive form of folic acid), and Vitamin-D.

In a press release from the University of Melbourne, Dr. Jerrome Sarris, who led the meta-analysis team, said:

The strongest finding from our review was that Omega 3 fish oil - in combination with antidepressants - had a statistically significant effect over placebo [...] The difference for patients taking both antidepressants and Omega 3, compared to the placebo, was highly significant. This is an exciting finding because we have a safe, evidence-based approach that could be considered a mainstream treatment.

The results found by Dr. Sarris et al., though preliminary, are incredibly promising, especially in the case of omega-3. As an essential-fatty-acid family that's been the subject of a heightened amount of media attention as of late, this review may serve as even more fuel for industry and consumer interest. This study, as Dr. Sarris stated, has opened the door to a wealth of new opportunities for industry-goers and those who suffer from clinical depression.