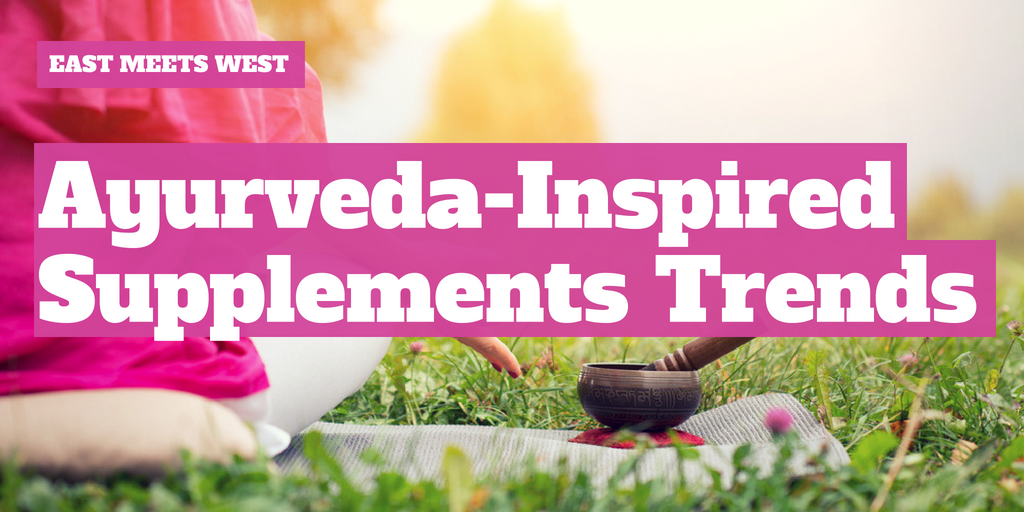 For nearly two millennia, Ayurveda and Ayurvedic medicine have played key roles in shaping the medicinal history of the Indian subcontinent. Most recently, Ayurveda has managed to jump both centuries and oceans – ultimately finding its way into the world of modern nutritional and dietary supplements.

Hailing from the Indian-subcontinent, Ayurvedic practices, ingredients, and herbs are steadily gaining status as household names. Established more than 2,000 years ago, traditional Ayurveda aims to promote full-body wellness by placing emphasis on several key aspects of human health, including:

For modern followers of Ayurveda, many of the traditional elements have remained relatively unchanged. In a world where "full-body" approaches to health and wellness continue to grow in popularity among consumers (and by extension, industry trendsetters), it seems more than befitting that Ayurveda's holistic approach to supplementation has captured the modern supplement community's attention.

Even though there are several key aspects of Ayurveda that can be found making their way into modern supplement manufacturing, there's one particular element of Ayurveda that seems particularly relevant in 2016: Recognizing the value of herbal and other plant-derived ingredients.

For centuries, Ayurveda has derived many of its treatments from a wide variety of leaves, roots, barks, seeds, and fruits. This preference and dependence on plant-based ingredients is a key part of how Ayurveda has managed to capture the attention of so many (increasingly plant-centric) consumers.

While not every Ayurvedic ingredient has been adopted by the western world, there are some notable plant-based standouts (at least as of mid-2016):

The increased consumer interest and demand for herbs and ingredients used in Ayurveda and other traditional health care systems has prompted a growing number of researchers to examine the potential effects and benefits of many of these ingredients in a traditional laboratory/controlled setting.

That being acknowledged, while there may be centuries' worth of anecdotal evidence supporting the effects of many these ingredients (and others like them), the body of scientific work concerning any claims is still very much in progress – with certain ingredients having received more attention and study than others.

While consumer and industry interest in Ayurvedic-inspired ingredients and practices doesn't look like it's going to fade anytime soon, the true deciding factor will likely come in the form of scientific research.

As researchers continue to explore the properties of traditional Ayurvedic and Ayurveda-inspired ingredients, their findings will likely determine how Ayurveda will (or won't) shape the future of dietary supplements.