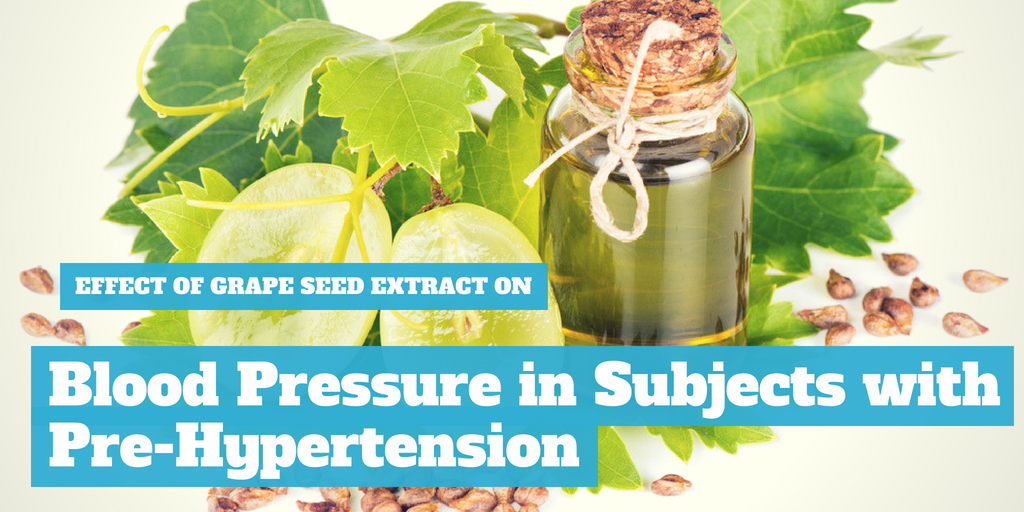 This Research brief is summarized from a published clinical study. All the information and statistics cited below were taken directly from the original publication piloted by M. Robinson et al.

Hypertension affects approximately 60% of adults in the United States. In people over the age of 18 years, the prevalence of pre-hypertension alone in the U.S. is 31%. This study suggests a low-fat intake of food has a positive effect on blood pressure due to the presence of phenolic compounds in plant products. Previous studies completed in the University of California Davis laboratory have shown that extracts derived from grape seeds cause an endothelium-dependent relaxation in rings of the rabbit aorta that is mediated by nitric oxide. In humans, the extract was also found to lower blood pressure in patients diagnosed with the metabolic syndrome.

The study was conducted on a convenience sample of 66 adults who were screened for pre-hypertension. Written consent was obtained from each participant. All subjects began a 2-week placebo run-in period. They were fitted with an ambulatory blood pressure measuring system to confirm the diagnosis of pre-hypertension. The subjects were advised to maintain their usual level of activity and diet.

In a previous study, administration of this grape seed extract resulted in a 10-fold increase in plasma catechin levels from a baseline after 90 minutes. There were no significant changes in subjects given placebo capsules.

66 subjects were screened for the study and 34 met the criteria for pre-hypertension out of which, two refused to participate in the trial. At the end of 8 weeks, both systolic and diastolic blood pressures in the group receiving GSE were significantly lower than those in the placebo group.

It has been suggested that fruits and vegetables, particularly those with higher polyphenolic content such as grapes, strawberry, blueberry and pomegranate, influence multiple biological mechanisms which could have favorable effects on human health. Based on this evidence, a small placebo-controlled clinical trial was undertaken in patients with the metabolic syndrome to determine whether grape seed extract lowered the blood pressure. The extract was administered orally at a dose of 300 mg daily resulted in a significant reduction in blood pressure.

In the present study, members of the University of California Davis’ Department of Internal Medicine examined the effect of the extract on blood pressure in people with pre-hypertension. In this placebo-controlled study, there was a significant reduction in both systolic and diastolic blood pressures.

Several studies have shown that the consumption of appropriate quantities of fruit and vegetables in the United States falls far short of current recommendations. Nutraceutical supplementation could provide a means of addressing some of the health problems, like obesity and hypertension but not all.