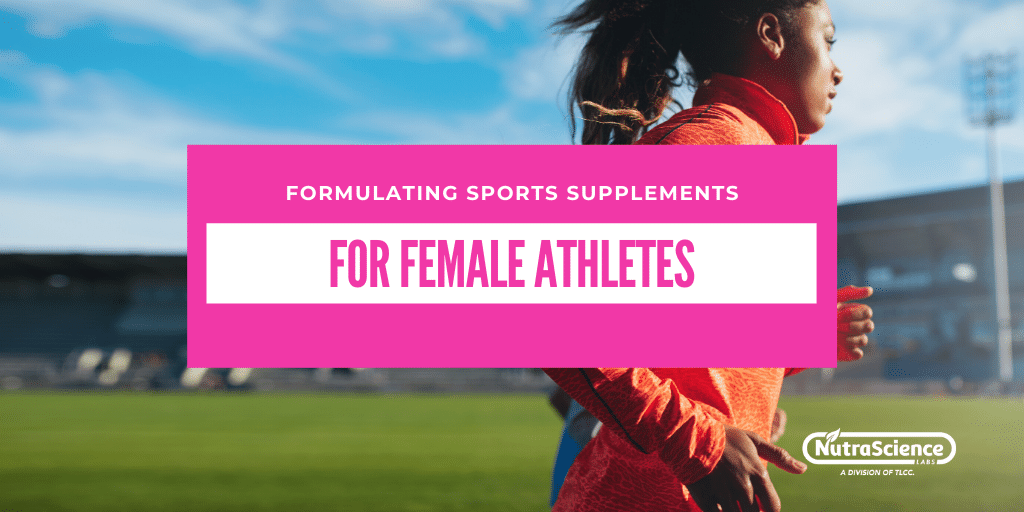 The following excerpts were taken from a Nutritional Outlook article published on May 28, 2020. The author of the article quoted NutraScience Labs' Senior Director of Product Formulation, Gene Bruno, MS, MHA, RH (AHG), extensively.

Feminists have spent generations trying to ingrain into our laws, our workplaces, our families, our playing fields - into our collective psyche itself - that women and men are equal, or should certainly be treated as such. And their efforts have made admirable progress.

Consider women’s gains at the highest levels of athletic competition. “In the 2016 Summer Olympics in Rio, 45% of all participants were women—almost twice as many as 1976,” notes Gene Bruno, MS, MHS, RH (AHG), senior director of product formulation, NutraScience Labs (Farmingdale, NY). “This was the largest rate of female participation in Olympic history.”

During those games, more medals went to women than to men among all 29 countries taking part. And don’t forget the 2019 Women’s World Cup.

But while we should all by now agree that women can scale the same sporting heights as men—and in some cases climb even higher—that doesn’t mean that male and female athletes are the same.

Which is why a sports supplement aimed at a male tennis player shouldn’t necessarily have the same formulation or benefits as one targeting a female triathlete. Yet many still do.

To wit, at a fundamental level women appear less likely than men to get sufficient exercise, according to an analysis of global population-based surveys. And Centers for Disease Control data show that while 57% of men age 18 and older meet recommended aerobic activity levels, women remain behind at 49%.

“The gap widens even more when it comes to the number of people meeting guidelines for both aerobic and muscle-strengthening activity,” Bruno notes, pointing to an analysis of national health statistics as proof. “It’s been argued that one of the reasons for this is a sense of gym intimidation that women may feel, but that being said, it’s also been reported that 22 million women belong to a gym, and previous studies among fitness-center members reveal that women have a slightly higher desire for wellness, a well-trained body, and weight loss than men do."

“The potential market for women’s sports nutrition is enormous,” Bruno concludes, “although it is somewhat different from men. Many female athletes are more interested in being fit and toned, rather than building muscle mass.”

Learn How to Formulate Sports Supplements for Female Athletes

For more of Gene Bruno's expert insights on how to formulate a sports supplement for today's female athletes, read the full article on NutritionalOutlook.com.