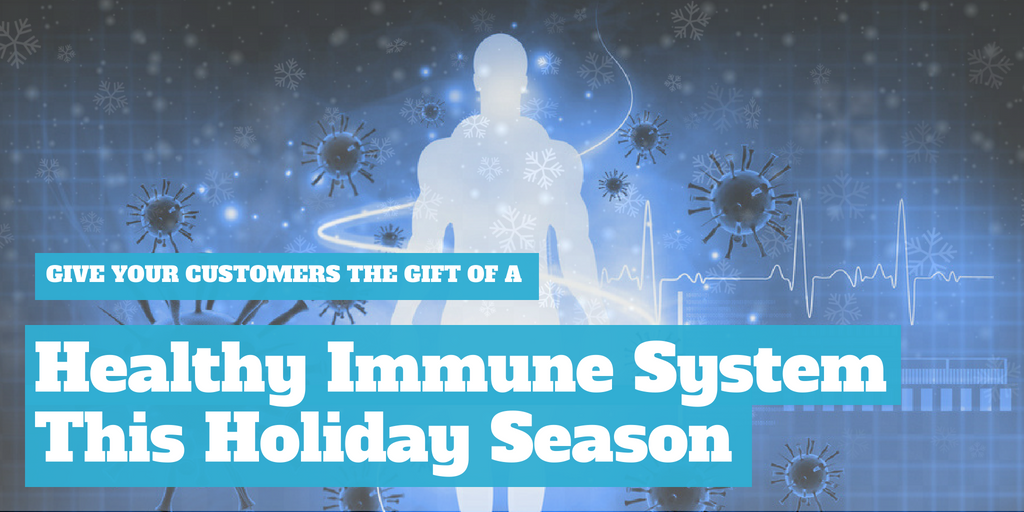 Staying well and maintaining a healthy immune system can be especially challenging during the holiday season for several reasons:

How to Keep the Immune System Healthy During the Holiday Season

Of course, the last thing you want is for your immune system to be weakened during the holidays, yet this is all too often the case and may result in the upper respiratory tract to function at a less than optimal level. 4 However, there is something that can be done to help. It’s called beta 1,3/1,6 glucan.

Beta-glucans comprise a very diverse group of polysaccharides, with immune modulatory properties. Beta-1,3/1,6-glucan derived from the yeast Wellmune WGP® is the most studied beta-glucan. Renowned in terms of immune stimulatory efficacy, mode of action and safety, Wellmune WGP® beta 1,3/1,6 glucan is hence considered superior to beta-glucans from other sources.

A unique substance called beta glucan is present in a special strain of yeast called Wellmune WGP® -- which in turn has been well researched. In fact, once swallowed, immune cells in the gastrointestinal tract take up the beta glucans and transport it to immune organs throughout the body. While in the immune organs, the beta glucans are broken down into smaller fragments, and are then slowly released over a number of days. Fragments of the beta glucans bind to the most abundant immune cells in the body priming and strengthening their key immune functions. It is important to note that beta glucans boost immune function to maintain a healthy immune system without overstimulating it. Also, multiple human clinical studies have shown that this Wellmune WGP® form of beta glucans is effective in promoting the health of upper respiratory tract.

Research and Evidence on how beta 1,3/1,6 glucan can lead to healthy immune system

Since strenuous exercise is known to suppress immunity for up to 24 hours, another study 8 with 182 men and women examined if 250 mg/day of Wellmune WGP® could positively affect the immune system of individuals undergoing intense exercise stress, and help maintain upper respiratory health. The results showed that Wellmune WGP® did help maintain upper respiratory health compared to placebo, and was also associated with a 32% increase in specific immune cells. Other research 9-10 has shown similar benefits with this beta 1,3/1,6 glucan in association with intense exercise.

Interested in creating your own line of high-quality immune support supplements? Speak to one of our Production Specialists right now! Call (855) 492-7388 or (631) 247-0660 to request a free nutraceutical manufacturing quote.