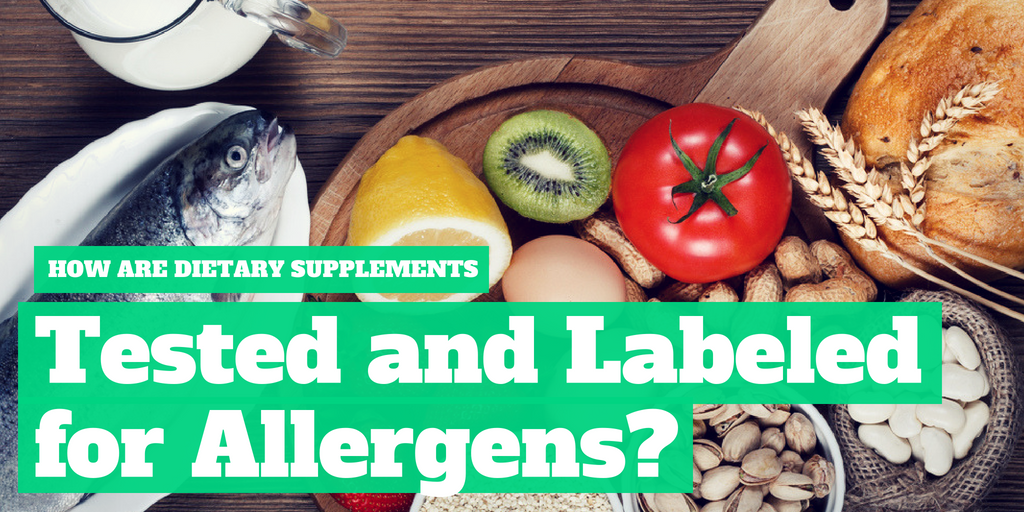 How Are Dietary Supplements Tested and Labeled for Allergens?

Allergen testing is one the most prevalent quality assurance elements within in the dietary supplement industry. Being able to verify that a product's allergen claims (e.g., contains dairy, gluten-free, etc.) are accurate is an important means for establishing a positive, trust-based relationship between a product and its consumers. Despite the importance of allergen testing to our industry, most industry insiders (not unlike their consumer counterparts) have little to no working knowledge of how the allergen test process work during the dietary supplement contract manufacturing process.

As of 2004, The Food Allergen Labeling and Consumer Protection Act (FALCPA) requires that the product label for any supplement or food containing one or more of the eight major food allergens (or a protein derived from one of these major allergens) must explicitly state the presence of the allergen(s) in one of the legally-accepted formats.

Before we discuss the formatting protocols for allergen labeling, let's take a look at the 'major eight' of allergens as established by FALCPA:

The first FALCPA approved labeling method calls for acknowledging the presence of one of the major eight or a derived protein within the ingredient list with the help of parenthesis following the common or usual name of the ingredient. For example:

The second FALCPA approved option is to place the word “Contains” followed by the name of the major allergen(s) from which the products ingredients have been derived. For this option, the “Contains” list must be placed immediately after or adjacent to the list of ingredients in a font that is no smaller than that used for the full ingredients list. For example:

Keeping both of these labeling methods in mind, even if your product doesn’t appear to contain one of the eight major allergens, to label a product as “Contains no [allergen]” or “[Allergen] Free” requires an additional step, which brings us to our next point…

While the FDA does not set testing thresholds for all 8 of the major allergens, most manufacturers will require that a product sample passes one of several lab-based tests in order to substantiate any allergin-free label claims. Two of the most common methods include protein specific options like ELISA (Enzyme-Linked Immunosorbent Assay)-based tests and DNA detection focused PCR (Polymerase Chain Reaction)-based tests.

Here’s a table highlighting some the most popular allergens and the method most commonly used to test for them:

Regardless of which lab method you choose, allergen testing can be completed in as little as five days (depending on the lab). If the results of the tests, which indicate the presence of the allergen(s) in parts per million (ppm), meet the qualifying regulatory standards they can then be used as substantiating evidence for an “allergen-free” label claim.

About the Author: Vincent Tricarico

Vincent Tricarico is currently the Vice President of Contract Manufacturing at NutraScience Labs. With nearly 20 years of direct-to-consumer and business-to-business experience, Mr. Tricarico is a respected executive in the dietary supplement industry and is well-known for his ability to consistently build and grow successful teams that produce results. Over the years, his work has been published in many industry trade publications, such as Natural Products Insider, Nutritional Outlook, and WholeFoods Magazine.

The Importance of Logistics & Fulfillment in the Nutraceutical Industry