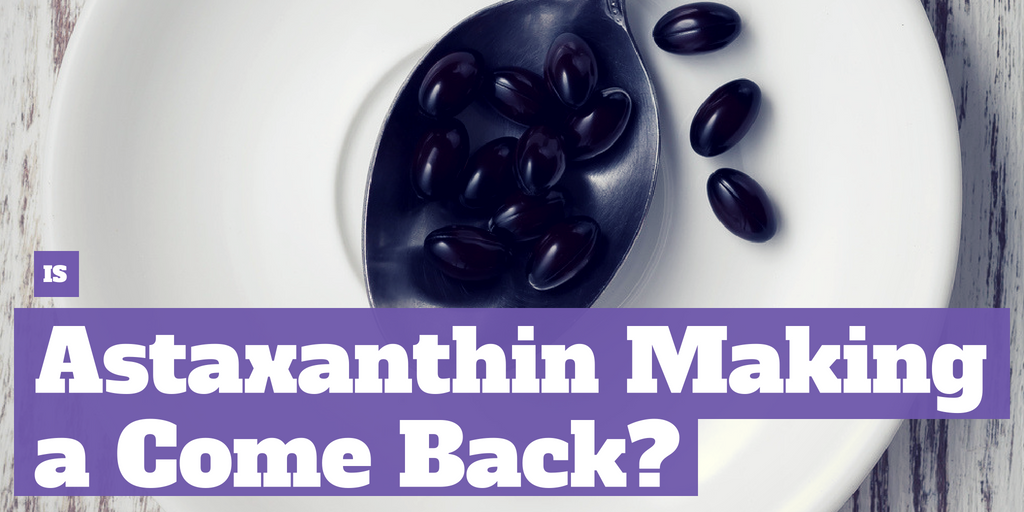 Is Astaxanthin Making a Comeback?

Are you familiar with this flamingo-dying carotenoid? In the five years since its 2011 popularity spike, astaxanthin has lived a fairly quiet existence within the nutritional supplement community – until recently, that is.

Not including when it was first used for commercial purposes during the 1980s, astaxanthin's last major appearance on the nutraceutical and nutritional scene came in 2011 after two of TV and media's more famous "doctors" touted it as the next big supplement worth taking.

Especially for those who may not have been active in the nutraceutical industry during its last major appearance, let's take a moment to recap what astaxanthin actually is.

Predominantly found in a number of different kinds of seafood (including salmon, krill, and certain species of algae), astaxanthin is a naturally occurring, reddish-pink pigment.

A member of the carotenoid family, astaxanthin is classified as an xanthophyll, which means that (unlike many of its carotenoid cousins) astaxanthin does not have any provitamin A functions. Like some other carotenoids, astaxanthin has been recognized by researchers, both domestically and internationally, for having certain antioxidant properties.

Is astaxanthin making a comeback?

While it may still be too soon to tell when it comes to the long-term nutraceutical or nutritional interest in astaxanthin, it seems that at the moment astaxanthin has most certainly captured the industries' attention – earning itself coverage across several popular industry publications.

That being acknowledged, it does seem that there's one specific conversation currently dominating the larger astaxanthin discussion: natural v. synthetic.

If we were to look at the human clinical trials that have been done using astaxanthin, the research currently available suggests that while synthetic astaxanthin may not be able to offer humans any notable benefits.

In contrast, research done using astaxanthin derived from natural sources like microalgae has suggested that there may be a number of positive benefits to topically applied and orally ingested astaxanthin.

Over the years, some the areas of human health where studies have suggested that supplementation with naturally-derived astaxanthin may be beneficial include:1,2

To name just a few! At the moment, it seems the bottom line when it comes to astaxanthin is that while the potential does seem to be there, there's still a need for more research.

Only Time Will Tell

As is the case with so many nutraceutical ingredients, the only way to know what astaxanthin's fate is for certain is to wait and see what happens next!