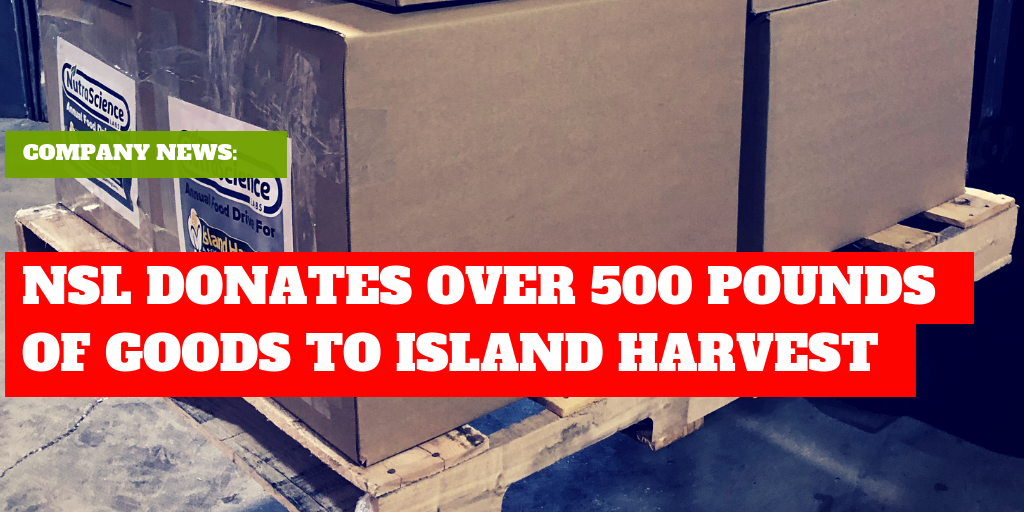 From November 12th to December 20th, employees collected over 500 pounds of canned food and non-perishable goods that were distributed to Island Harvest's network of 570 Long Island-based food pantries, soup kitchens, and other non-profit organizations that offer feeding services to families on Long Island during the holidays.

"Giving back to our local community has been a long-standing practice of our organization for many years. It truly is at our core and speaks volumes about how the moral character of our employees," said Vincent Tricarico, Vice President of Contract Manufacturing for NutraScience Labs. Mr. Tricarico added, "Hunger is still a major epidemic throughout the country. I'm proud to say that our team did our best to help local families during the time of year that they need it most."

In addition to Island Harvest, NutraScience Labs' employees have donated their time and money over the years to other charitable organizations such as the Make A Wish Foundation of Suffolk County, NY, Wounded Warrior Project®, and Habitat for Humanity.

Established in 1992 by Linda Breitstone, Island Harvest's mission has been to end hunger and food waste on Long Island. Since its inception, Island Harvest has delivered 130 million pounds of food, supplement 108 million meals.