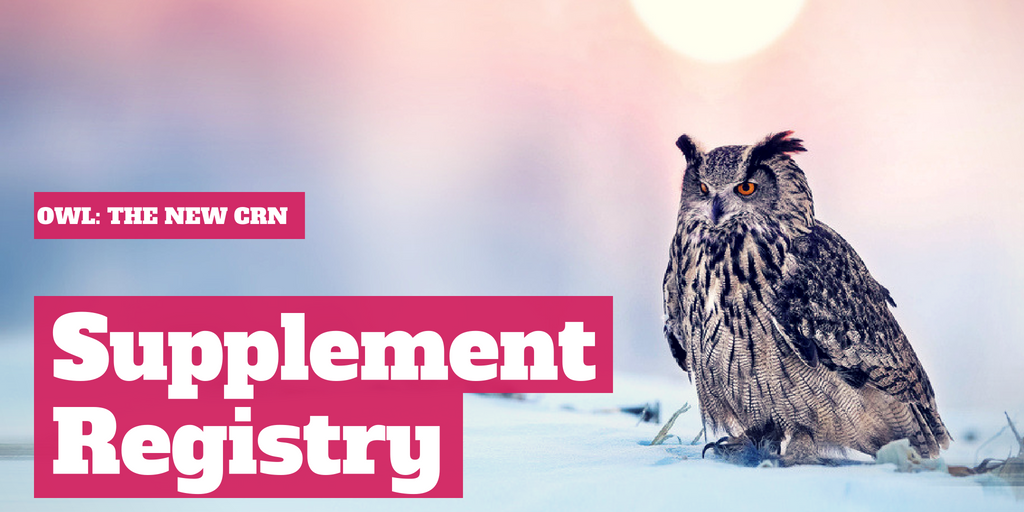 As of November 1st, 2016, the Council for Responsible Nutrition (CRN) announced that it's dietary supplement labeling registry (which we first covered back in April) has successfully made it to the second round of beta testing.

To borrow CRN's words, "The supplement OWL has landed."

What We Know About The Supplement OWL (Online Wellness Library)

Back in September, nine supplement companies volunteered to beta test the first version of the supplement registry as it was designed by UL and CRN. The feedback from these volunteers allowed the development team at UL to further refine the system, ultimately preparing it for this current round.

According to Duffy MacKay, N.D., senior vice president, scientific and regulatory affairs, when it comes to this second round of testing:

“[The] goal is to make this process as efficient and easy as possible, and the sooner companies start the process, the more we can all learn together how to reach that goal.”

At this stage of the game, establishing the best possible strategy for scaling the registry has become one of Team CRN/UL's top priority.

For those who may have forgotten, the final version of the registry is set (at least as of now) to be built around a three-tiered organizational/informational hierarchy. As of now, specific details concerning tier one have been released.

As per a recent CRN press release:

"Tier 1 will include a copy of the complete product label and various fields of information about the product, including ingredients, brand name, allergen statements, number of servings and more. Participation in this tier is free for any company who is willing to supply the required information about its products and will be accessible online at no charge to the public. [...C]ompanies will be required to provide manufacturing and packaging facility contact information accessible only to FDA; and each product entered will generate a unique product identifier which will have potential use as the Supplement OWL gains traction among its various audiences."

According to CRN, it is likely that Supplement OWL will "go live" in early 2017.