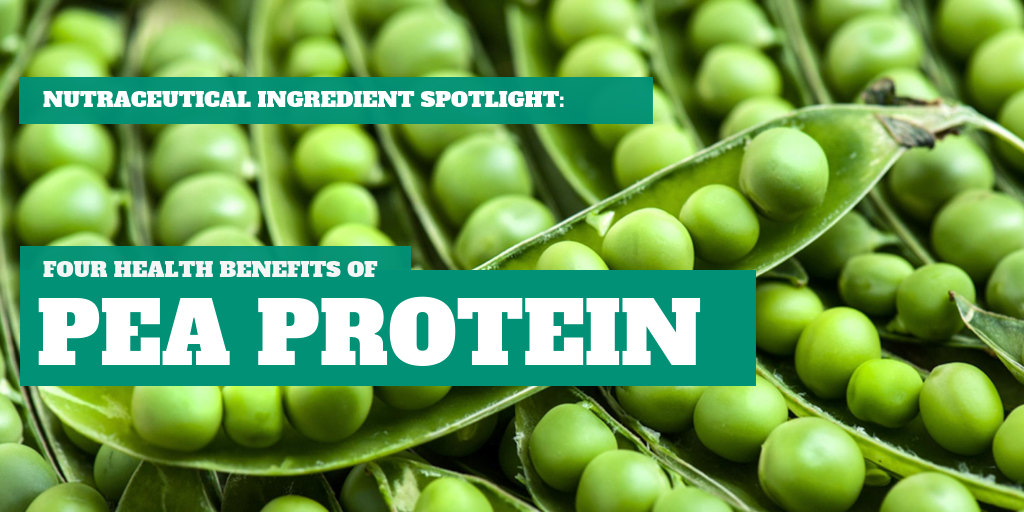 According to the National Center for Health Statistics,[1] 70.7% of adults aged 20 and over are overweight. That’s right, the majority of adult Americans are overweight.

We’ve also learned that losing weight and keeping it off is not a simple process as one might hope. Studies have shown that the majority of people who lose weight regain the weight within 1 to 5 years.[2]

The reality is, body fat is more than an issue of “calories in/calories out” – and because of this, different individuals are faced with different challenges when it comes to weight loss (which contributes to the overall difficulty of keeping weight off in the long-term.

That said, two of the most common issues faced by individuals looking to lose and keep off weight are controlling appetite/hunger and having naturally slower rates of calorie burn.

Fortunately, pea protein may be able to offer support for both of these issues.

A Short History of Peas

Peas have been a popular food since the Middle Ages,[3] serving as an important part of the diet of most people in the Middle East, North Africa and Europe. Eventually, the popularity of peas spread to North America—and even Thomas Jefferson grew more than 30 cultivars of peas on his estate.[4]

Making peas a mainstay of the diet was an especially good choice for our ancestors, given that these legumes are naturally high in fiber, protein, vitamin A, vitamin B6, vitamin C, vitamin K, phosphorus, magnesium, copper, iron, zinc and lutein.[5]

But, pea protein powder has a different nutritional profile from ordinary peas. To begin with, it is far more concentrated with regard to its protein content, and it is highly digestible.[6] As a result, it can offer some significant advantages like promoting satiety (i.e. feeling satisfied or full) and thermogenesis—as well as a couple of other key benefits.

Multiple studies have demonstrated the satiating properties (i.e. “creating a sensation of fullness after eating”) of pea protein, which often resulted in people reducing their overall food intake. In one study, researchers investigated the effects of 10g or 20g of isolated yellow pea protein on food intake in healthy males between 20-30 years.

The results showed that 20g led to significantly lower food intake than the control group (about 12% less calories), and both 10g and 20g of isolated yellow pea protein helped keep a handle on pre-meal blood glucose levels compared to control.[7]

In another randomized single-blind, cross-over study[8] with 32 male volunteers, pea protein was found to be more effective than whey protein, egg white protein or maltodextrin in reducing food intake when consumed at the start of a meal.

Other studies comparing pea protein to other proteins have found that pea protein was more effective than whey protein or other milk proteins at reducing hunger and desire to eat.[9]

The mechanism of action appears to be that pea protein increases levels of the satiety hormones CCK and GLP-1.[10] Since in-vitro research (i.e. laboratory research)[11] demonstrated that combining pea protein with sugar or sucralose induced even higher levels of CCK and GLP-1 than pea protein alone, one of these sweeteners could also be used alongside pea protein as part of a pea protein powder. 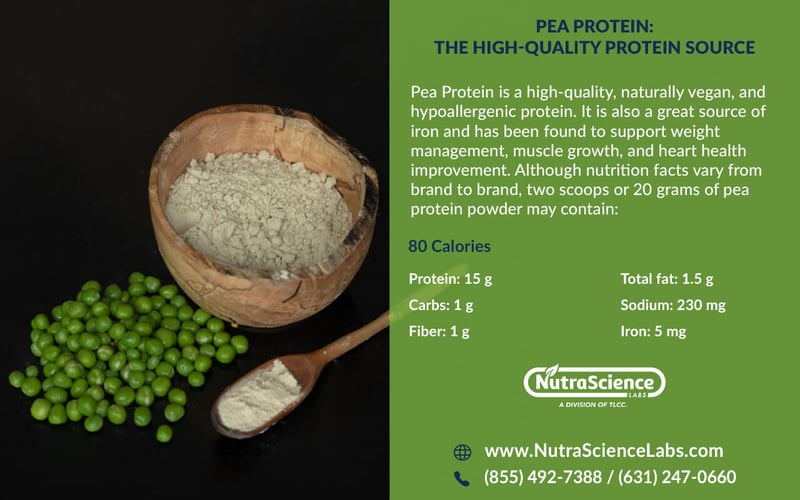 In addition to its ability to help individuals feel “full”, research also suggests a role for pea protein as a thermogenic agent.

Thermogenesis refers to an increase in the heat produced in the body in response to the burning of calories—especially body fat.

Diet-induced thermogenesis, refers to the heat produced (calories burned) in response to and following the consumption of a meal. The ingestion of food causes a corresponding increase in heat production by the body as a result of burning calories to produce the energy necessary for the digestion, absorption, metabolism, and storage of nutrients provided by the food.

Two other interesting pea protein benefits demonstrated in research have to do with blood pressure as well as a prebiotic function.

In an in-vitro (laboratory) study,[14] the influence of pea protein on friendly bacteria in the small intestine was evaluated. The results were that Lactobacilli species were able to utilize pea protein, demonstrating a hitherto unknown role as a prebiotic (i.e. food for probiotic bacteria).

Although losing weight and maintaining a healthy weight is a multifaceted process, when paired with healthy eating, a reduced-calorie diet, and sufficient exercise, research suggests that pea protein may be able to offer additional support by promoting satiety and thermogenesis.

For more information on how to go about custom manufacturing your own pea protein powder, contact the experienced professionals at NutraScience Labs today. For more information, call 855-492-7388 to speak with a live representative or send us your request for a free price estimate!