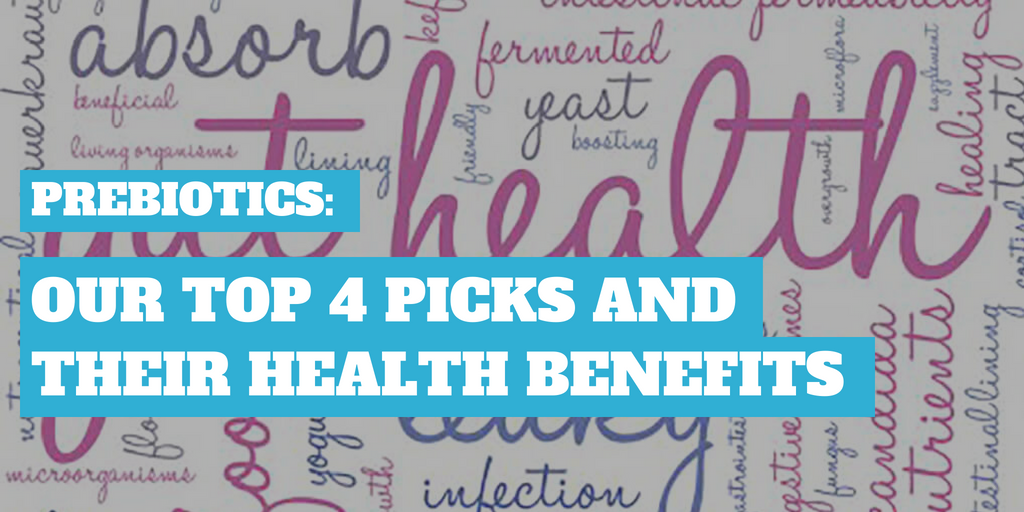 Prebiotics are a form of nutritive fiber from various natural sources. They nourish and promote the growth of the desirable, probiotic bacteria in the intestines. There are several prebiotics currently in use, which are often combined in supplements together with probiotics. In addition, prebiotics are increasingly being used as stand-alone supplements, which makes sense given that they are trending in the dietary supplement industry. Following is an overview of four of the top prebiotics and the benefits they offer.

Best Prebiotics You Can Take:

What is Acacia Gum?

Acacia gum (also known as gum arabic, arabic gum, gum acacia, acacia, Senegal gum and Indian gum[ix]), is derived from the hardened sap of acacia tree species. It is a complex mixture of glycoproteins and polysaccharides.

Xylooligosaccharides (XOS), polymers of the sugar xylose, are prebiotics known to have several health benefits.

Fructooligosaccharides (FOS) are, perhaps, the most well-known of the prebiotics commonly used as an alternative for sweetener. Occurring naturally, fructooligosaccharides emerged in commerical use in response to connsumer demand for healthier and calorie-reduced foods.

Whichever prebiotic you choose, the research clearly shows that they can help increase levels of healthy probiotic bacteria. Since the studies typically use prebiotics in gram quantities, the use of a powdered product makes sense—especially considering that prebiotics have a pleasant, mildly sweet taste.

For more information on NutraScience Labs' award-winning prebiotic and probiotic manufacturing services, call us today at 855-492-7388 to speak with one of our live representatives or you may send us your request to receive a free price quote. Our minimum order quantities on custom prebiotic and probiotic formulas start at just 1,500 bottles!

[xxiii] Losada MA, Olleros T. Towards a healthier diet for the colon: the influence of fructooligosaccharides and lactobacilli on intestinal health. Nutr Res 2002;22:71-84.

Tips for Growing a Supplement Brand from a 20-year Pro