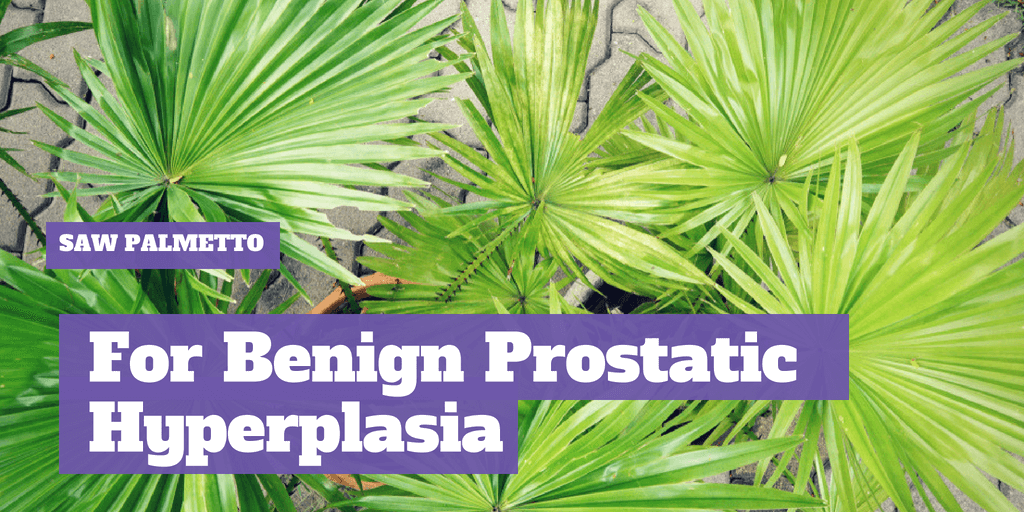 This Research brief is summarized from a published clinical study. All the information and statistics cited below were taken directly from the original publication piloted by Stephen Bent, M.D., Christopher Kane, M.D., Katsuto Shinohara, M.D., John Neuhaus, Ph.D., Esther S. Hudes, Ph.D., M.P.H., Harley Goldberg, D.O., and Andrew L. Avins, M.D., M.P.H. NutraScience Labs has restructured or paraphrased some sections of this brief in an attempt to more succinctly summarize the research.

Using widely accepted outcome measures and a matched placebo capsule, a randomized, double-blind trial was conducted to determine the efficacy of saw palmetto for the treatment of benign prostatic hyperplasia.

Participants
The study took place between July 2001 and May 2004. Written, informed consent was provided by all participants and all procedures of the trial were approved by the committee on human research at the University of California, San Francisco, and the Kaiser Foundation Research Institute, Oakland, California.

Men over the age of 49 years, who had moderate-to-severe symptoms of benign prostatic hyperplasia, as defined by a score on the American Urological Association Symptom Index (AUASI) of at least 8 and a peak urinary flow rate of less than 15 ml per second, were recruited. Patients were eligible to participate if they had stopped taking an alpha-blocker at least one month before randomization or discontinued taking saw palmetto or a 5α-reductase inhibitor six months before randomization.

All potentially eligible participants were assigned to a one-month, single-blind, placebo run-in period and were excluded if their rate of adherence was less than 75 percent, as measured by a capsule count.

Intervention
Random patients were assigned a saw palmetto extract, 160 mg, or a placebo. Both were indistinguishable in size and color. Patients were asked to take the medication twice a day with meals and to bring along any unused capsules to each study visit. Eight visits were made in a span of 14 months.

Objectives and Outcomes
The main objective of the study was to determine whether the daily use of saw palmetto extract reduces the symptoms of benign prostatic hyperplasia, as compared to the placebo. The secondary objectives included an examination of changes in the quality of life specific to benign prostatic hyperplasia and overall quality of life, size of the prostate, residual volume after voiding, self reported side-effects, and changes in levels of PSA, creatinine, testosterone, and other laboratory values.

Randomization
All participants who were deemed eligible were randomly distributed to the saw palmetto and placebo groups equally. The randomization list was made and handled by individuals who were not a part of the study in any way. The medication was distributed in numbered bottles according to the randomization sequence.

Statistical Analysis
The primary efficacy analyses were the comparisons of the change over time in the AUASI scores and the peak urinary flow rate between the saw palmetto and placebo groups. The significance of these differences in changes in outcomes were assessed over time using linear mixed effects models. These models included random intercepts to accommodate the repeated measures gathered from each study participant as well as terms for the fixed effects of time, study group, and the interaction between time and study group, the effects of interest in the analyses.

For each outcome, we present estimated treatment effects, which we calculated as the difference in the predicted change in the response over a period of 12 months between the two study groups. The linear mixed-effects model analyses provide these estimates along with associated standard errors, which were used to construct 95 percent confidence intervals for treatment effects.

The overall differences in the total response curves between the two groups were tested with likelihood-ratio tests. All analyses were conducted according to the intention-to-treat principle, so that all data obtained from men who did not complete the study were included in the final analyses.

Previous Studies
In 2001, a systematic review identified 21 randomized, placebo-controlled trials of saw palmetto, of which 18 were double-blind and 13 compared saw palmetto alone with placebo. Only one of the studies of saw palmetto alone used a symptom scale equivalent to the AUASI (the International Prostate Symptom Scale); it found that saw palmetto improved symptom scores by 2.2 points, as compared with placebo (95 percent confidence interval, 0.3 to 4.4).13 In nine of the studies that compared saw palmetto with placebo, the summary estimate showed that saw palmetto increased the peak urinary flow rate by 1.86 ml per second more than placebo (95 percent confidence interval, 0.60 to 3.12).21 The studies included in this review had a number of methodologic limitations, including a mean duration of 13 weeks, a failure to use validated symptom scores, and inadequate concealment of treatment assignment in 10 of the 21 studies. Nonetheless, the weight of the prior evidence suggested that saw palmetto may induce mild to-moderate improvements in urinary symptoms and flow measures.

Several factors can explain the discrepancy between our negative study and the summary of prior evidence such as assessing the adequacy of blinding. It is also possible that the participants in this study had attributes that made them less likely to have a response to saw palmetto. However, the baseline characteristics of participants in our trial with regard to age, symptom scores, prostate volume, and peak urinary f low rate were similar to those of men in previous trials of herbs or pharmaceutical agents for benign prostatic hyperplasia.

Results
Of 775 men who were screened for eligibility, 225 satisfied all eligibility criteria and underwent randomization, 112 to saw palmetto and 113 to placebo, between July 2001 and May 2003.

Discussion
In this year-long randomized trial, it was found that saw palmetto was not superior to placebo for improving urinary symptoms and objective measures of benign prostatic hyperplasia.

It is possible that the participants in this study had attributes that made them less likely to have a response to saw palmetto. Or, the level of active ingredient in the extract may not have been sufficient to produce a measurable effect.

In conclusion, it was found that 160 mg of saw palmetto given twice daily for one year does not improve lower urinary tract symptoms caused by benign prostatic hyperplasia.