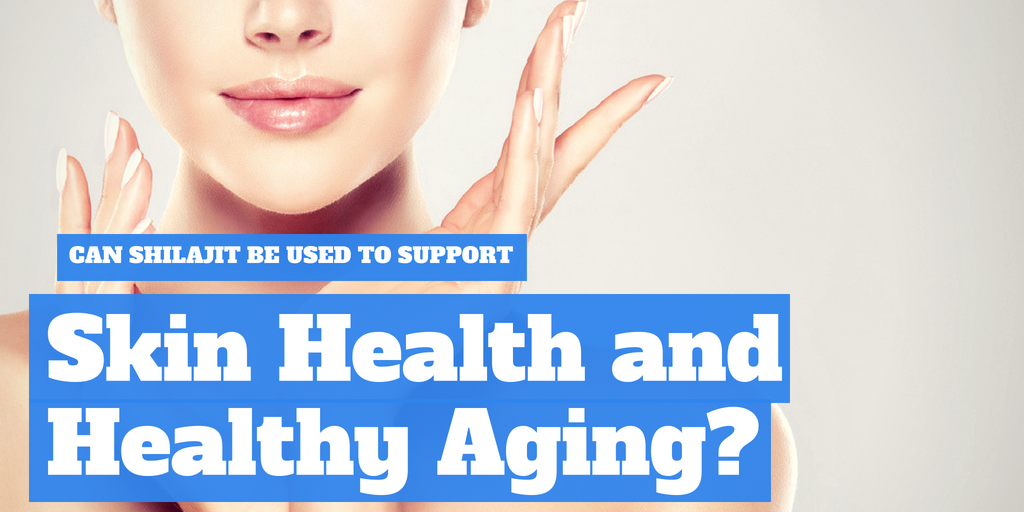 Can You Use Shilajit for Skin Health and Healthy Aging?

Even though Shilajit has earned an impressive reputation as a natural testosterone booster and supporters of male health, a number of recent studies have pointed to the fact that Shilajit may be good for much more than helping men maintain their reproductive health...

Shilajit is derived from a naturally occurring mineral paste found most commonly in the Himalayan Mountains.

Over the course of a 12-week study that focused on the effects of PrimaVie® Shilajit* on human mitochondria (the "powerhouses" of the cell), ATP/cellular-energy production, and collagen formation and growth in skeletal muscle cells – researchers found some promising some results.1 Let's take a closer look at what they found!

The Study: "Purified Shilajit for Synthesis and Anti-Aging"

At the heart of this study lies the  notion (which is currently supported scientifically) that one of the more significant aspects of the human aging process is the breakdown of collagen in our bones and skin – collagen being a fibrous protein found in largely in our skin, ligaments and tendons (it also exists in smaller amounts in our bones, corneas, and blood vessels).

According to some of the more current theories concerning human aging, when proteins like collagen breakdown, our cells become exposed to free radical – and free radicals have the ability to alter and impair the function of our cells (you can read more about free radicals here).

So where does Shilajit come in? Touted as having antioxidant capabilities, researchers wanted to test if Shilajit would be able to influence the growth of collagen and a handful of other cellular components generally recognized for their susceptibility to "free radical" damage. Here's what they found:

The Method: How did they do it?

Over the course of 12 weeks, researchers studied the effects of 250mg of Shilajit ingested orally twice daily when paired with moderate treadmill exercise. It's also worth noting that all of the participants involved were categorized as "healthy overweight/Class I obese." In non-nutritional science terms, "class I obese" is the 'lowest-risk' obesity category based on BMI (Body Mass Index) classifications. Individuals who fall into this category will have a BMI between 30.0 and 34.9.2

After the first 8 weeks of the study, researchers biopsied skeletal muscle to determine which genes saw the most significant changes in expression. From there, those genes that were most significantly impacted were used in further study.

The Results: What did they find?

Taking into account previously published research suggesting that three of the collagen types that were positively influenced in this study are linked to wound healing and aging, the results of this study may qualify Shilajit as a viable option for anti-aging treatments3 (though more research is most definitely needed).

While there's still plenty more research to be done and questions to be answered, these preliminary results are nothing less than promising. On one hand, the effects of Shilajit on collagen as demonstrated by this study may hold massive potential for health, beauty, and aging applications. On the other hand, the effects on skeletal muscle that the researchers were able to record may be equally impressive when used in sports nutrition applications.

Like we've said, even though there's absolutely a need for more research, the potential for Shilajit to be used across multiple nutraceutical categories for dozens of applications is nothing less than amazing!

*The evaluation and examination of this study is not an endorsement for PrimaVie® Shilajit. In light of recent concerns regarding the nature, efficacy, and purity of certain shilajit supplements, the brand used during the study has been reference for the sake of stating the details of the study with accuracy.

Why is Protein So Expensive Now?