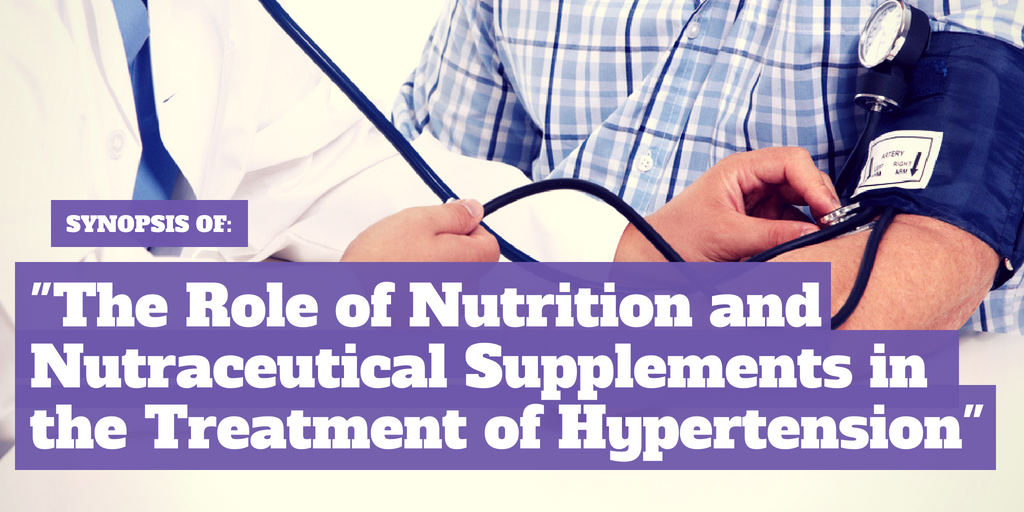 Role Of Nutraceutical Supplements In The Treatment Of Hypertension (BP)

This Research brief is summarized from a published clinical study. All the information and statistics cited below were taken directly from the original publication piloted by Mark Houston.1

In vascular biology, damage to the endothelium, which is situated between the blood and the vascular smooth muscle, is an indication of hypertension. This disease is a result of the combination of genetics and the environment and is often caused due to deficiencies of macronutrients and micronutrients in the body which need to be correctly analyzed and treated.

The shift from a Paleolithic diet to a modern one has resulted in an increase of nutritionally-deficient diseases, including hypertension. The effects of a change in diet have increased to an extent where our genes can no longer adapt.

Oxidative stress, inflammation, and autoimmune dysfunction form a lethal grouping that leads to hypertension. Cell processes contribute to hypertension which is further aggravated by the deterioration of the vascular system

The following natural compounds may be a good substitute for antihypertensive drugs:

While vascular biology and other cardiovascular dysfunctions play a role in hypertension, the interaction between genes and nutrients are important factors that stimulate favorable or unfavorable effects in hypertension. Nutraceutical supplements have a role to play in the treatment of hypertension.