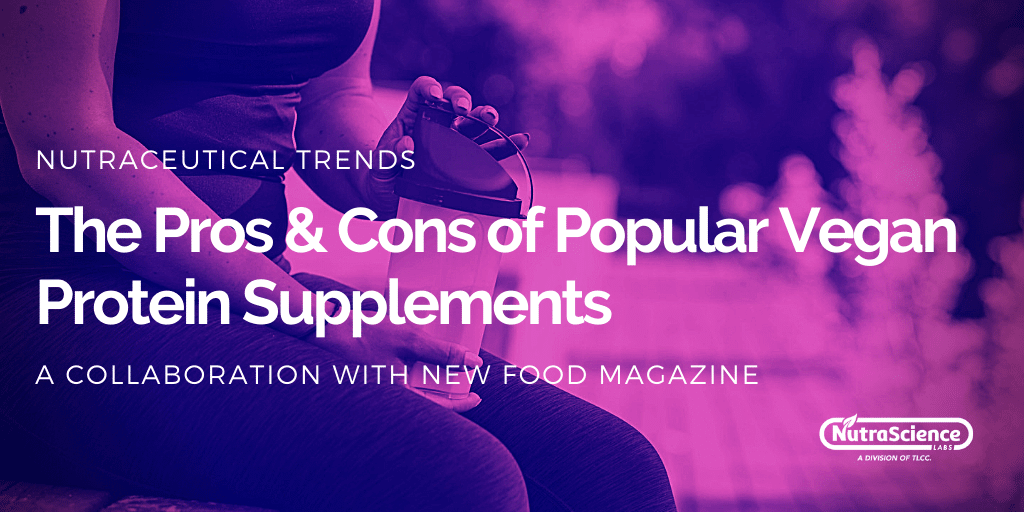 The following is an excerpt from an article published on NewFoodMagazine.com. The article was written by NutraScience Labs' Senior Director of Product Innovation, Gene Bruno, MS, MHS, RH(AHG). Please click here if you'd like to be taken to NewFoodMagazine.com to read the full article.

The major functional and structural component of all the cells of the body, protein, is needed for all enzymes, membrane carriers, blood transport molecules, the intracellular matrices, hair, fingernails, serum albumin, keratin, and collagen – as well as many hormones and a large part of cell membranes. Furthermore, the amino acids which serve as the building blocks of protein function as precursors for many coenzymes, hormones, nucleic acids, vitamins, and other molecules essential for life.

Clearly, adequate dietary protein is essential to maintain cellular integrity and function, and for good health in general.[i] But, which sources of protein are best? Certainly, protein from animal sources (casein, whey protein, egg protein) is considered a complete protein, containing the necessary amount of all essential amino acids. However, vegan proteins are gaining significantly in popularity and this article addresses some common vegan proteins, including several of the rising stars.

Quinoa is increasingly becoming popular in the United States and Europe. Classified as a gluten-free pseudocereal, quinoa doesn’t grow on grass like other grains such as rice, wheat, and oats.

It should be noted that quinoa is also higher in protein than other grains such as buckwheat and barley, offering 16 percent protein by dry weight – significantly more than most cereal grains, including rice, barley, and corn.

[Learn more about the pros and cons of quinoa by reading the full article on NewFoodMagazine.com.] 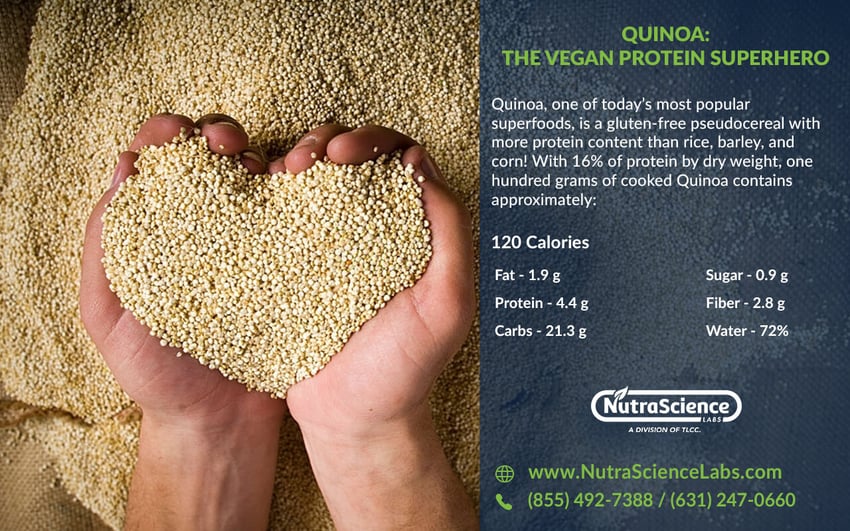 In a randomized, placebo-controlled study,[ii] 29 subjects received quinoa or placebo daily. Results showed that the quinoa group experienced a significant decrease in BMI (body mass index) and HbA1c (a measure of long-term blood sugar control) and an increase in satiation and fullness.

In another study,[iii] quinoa flakes were shown to significantly reduce serum triglyceride and increase glutathione (a powerful antioxidant) levels in postmenopausal women.

In any case, rice protein is still an effective vegan protein for sports nutrition and for other uses. In fact, a randomized, double-blind, placebo-controlled clinical study was conducted with 24 healthy, college-aged (average age 21 years), resistance-trained participants. They received either 48g of rice or whey protein isolate for eight weeks, immediately following training on training days. The results showed that rice protein isolate decreased fat mass and increased lean body mass, skeletal muscle hypertrophy (i.e., size and growth), power, and strength in a way that was comparable to whey protein isolate.

To learn more about the pros and cons of other popular vegan proteins, please read Gene's full article on NewFoodMagazine.com!