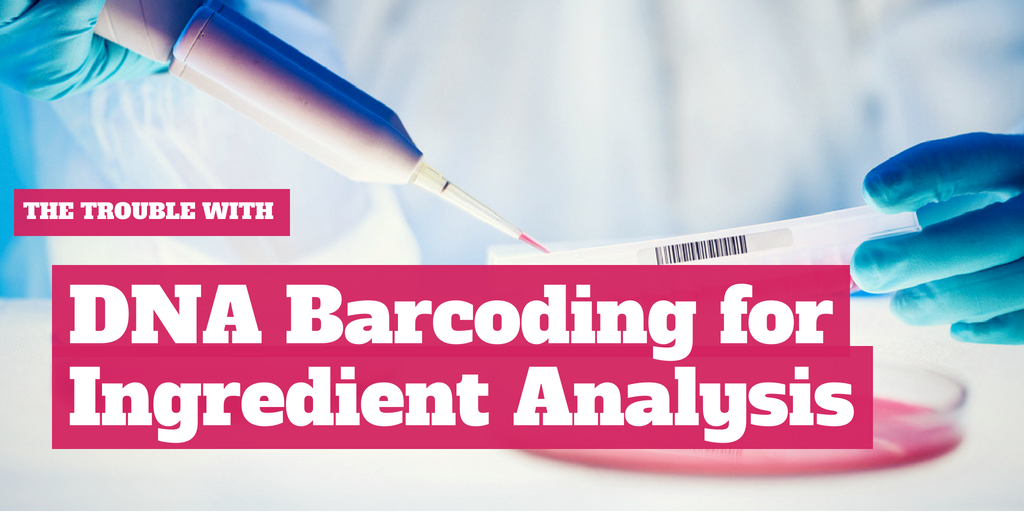 DNA Barcoding: Does It Work For Ingredient Analysis?

When New York attorney general Eric Schneiderman chose DNA barcoding as the primary method of ingredient analysis during his investigation of several dietary supplement companies and distributors last year, he pulled DNA barcoding into the spotlight. As a result, the effectiveness of DNA barcoding as a method for analyzing herbal/botanical supplement ingredients, in particular, has been met by an incredible amount of scrutiny.

It seems that both the Attorney General and his team have taken a firm stance defending the validity of the tests despite the fact that a variety of scientific studies have indicated, quite strongly, that DNA barcoding simply isn't a suitable method for testing processed or finished herbal supplements or extracts.

The Case Against DNA Barcoding for Supplement Analysis

Among the dozens of tests and studies that have been performed by a variety of accredited institutions (including the FDA), one of the more recent pieces of research – and arguably one of the most damning – comes from a coalition of scientists hailing from several Australian universities and organizations.

In an interview with Nutraingredients-USA, Hans Wohlmuth, Ph.D. – one of the heads of the effort – stated, "In our study, DNA barcoding proved to be entirely unsuitable for extracts and solid dosage forms containing extracts."

In almost every case, DNA barcoding was unable to recognize the presence of the herb materials or identify the species that a specific product contained. By contrast, when tested using liquid chromatography methods, the researchers were able to recognize and identify the presence of the botanical ingredients (based on their phytochemical profiles) in all of the tested products.

It was from these results that the researchers were able to draw a conclusion supporting the assertions that have been made by the dietary supplement industry: DNA barcoding has not been proven to be a 100% effective means for verifying the botanical ingredients/components of all raw materials or finished supplement products.

In light of the scientific research and data supporting the ineffectiveness of DNA barcoding as a method for analyzing the purity of completed supplements and raw materials, it seems like a matter of time before lawmakers and other officials are forced to rely on other methods of analysis.