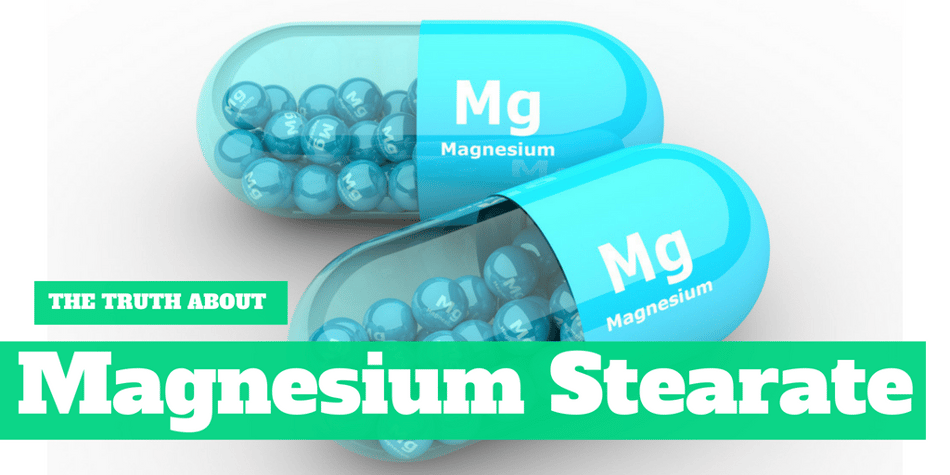 Is Magnesium Stearate Safe? Uses, Side Effects, and More

What do magnesium stearate, stearic acid, and most other flow agents have in common (other than being flow agents)? It seems that, so far as the nutraceutical industry is concerned, everyone and their mother has a different stance on their overall safety and efficacy. What’s more, if we turn to the web (which happens to be inundated with studies, articles, and op-ed pieces on the subject), we’re faced with a seemingly endless supply of conflicting information.

What's a nutraceutical know-it-all seeking knowledge to do?

What is Magnesium Stearate?

What is magnesium stearate derived from?

Magnesium stearate comprises two substances, a saturated fat called stearic acid and the mineral magnesium. It typically appears as a fine white powder, and many people describe it as being "greasy" to the touch.

What does magnesium stearate do?

Magnesium stearate is a “flow agent” that prevents the ingredients in a capsule from sticking to each other and the machine that makes the capsules. This additive improves the consistency and quality control of capsules. It also helps delay the breakdown and absorption of the capsule supplements to ensure they are absorbed in the correct bowel area.[ii]

What is Magnesium Stearate Used For?

After achieving a homogeneous blend of powdered ingredients, a small amount of magnesium stearate is added to enable the powder blend particle surface to be sufficiently coated while limiting the lubricant's penetration within the particle matrix. This will allow tablets to be punched without sticking to the machinery, or capsules to glide shut easily and eject from the machinery.

Read our article “What's the Process for Manufacturing Capsule Supplements?” will give you a detailed explanation of the manufacturing process of capsule supplements.

Are there any known risks of consuming magnesium stearate?

Magnesium stearate is generally recognized as safe for consumption. However, if you ingest too much, it can irritate the bowels' mucosal lining and have a laxative effect. This may result in bowel movement or even diarrhea.

According to some claims, magnesium stearate may suppress the immune T-cell function and breaks down cell membrane integrity. Other claims state that magnesium stearate may interfere with the body’s ability to absorb the capsules' ingredients. However, there is no scientific evidence that backs these claims.

How much magnesium stearate is safe to consume?

According to the National Center for Biotechnology Information (NCBI), magnesium stearate is safe for consumption at amounts below 2,500 milligrams per kilogram per day. For a 150-pound adult, that is equivalent to about 170,000 mg per day.[iv]

What Is Stearic Acid?

Stearic acid is a saturated fatty acid found in many foods, including animal and vegetable fats and oils. Cocoa and flaxseed are examples of foods that contain substantial amounts of stearic acid.

What does stearic acid do to the body?

Stearic acid can be found in food items such as chicken, eggs, cheese, chocolate, walnuts, salmon, and coconut oil. Stearic acid acts as a lubricant to fill capsules when a dry powdered ingredient has issues involving density, stickiness, flowability under pressure, and more.

What Are Some Known Side Effects of Magnesium Stearate and Stearic Acid?

Consumed in the quantities present in dietary supplement, the answer is that there are no side effects. When you consider what happens to stearic acid and magnesium stearate in the body, you shouldn’t be worried.

In the body, stearic acid is primarily converted into oleic acid (a monounsaturated fatty acid). Oleic acid comprises the majority of olive oil, and may also be found in substantial quantities in grape seed oil, sea buckthorn oil, and the açaí berry. In addition, oleic acid may be responsible for the blood pressure-reducing effects of olive oil. Consequently, even though stearic acid is a saturated fat, studies have suggested that it has no negative effect on blood cholesterol levels since a high proportion is converted to oleic acid. In fact, some research indicates that stearic acid actually lowers LDL cholesterol.

After magnesium stearate is broken back down into its component parts in the body, its fat is essentially the same as that of stearic acid, except the magnesium part of it that can be used to supply the body with this essential mineral.

What’s a nutraceutical know-it-all seeking knowledge to do?

In an effort to shed some light on the matter, we’ve decided to take a magnifying glass to some of the most popular claims and data concerning magnesium stearate and stearic acid.

Claim #1: Both magnesium stearate and stearic acid are bad for you and you should avoid them at all costs

Choosing to pursue a diet free of magnesium stearate and stearic acid is a choice that every individual is free to make. For those who are currently considering this dietary option, it’s worth noting that along with many of the pills and supplements in your medicine cabinet you’ll also want to eliminate foods like cocoa, flaxseed, chicken, sweet potatoes, and a myriad of veggies and meats from your diet. This is because they’ve all been shown to contain naturally occurring amounts of vegetable magnesium stearate and stearic acid, which either meet or exceed the trace amounts that regulations allow in dietary supplements.

So, Is Vegetable Magnesium Stearate Safe?

Like most things in life, consuming too much of something can have detrimental effects, and vegetable magnesium stearate is no exception to that rule. Generally speaking, vegetable magnesium stearate is safe to use and consume. But, if you ingest too much of it, studies have shown that it produces a laxative effect. Otherwise, any reports claiming that it's unsafe or harmful are unfounded by science.

Claim #2: Magnesium stearate interferes with the body’s ability to absorb nutrients from tablets.

In greater detail, this claim is often supported by the notion that magnesium stearate promotes the growth of gastrointestinal bacterial colonies, which, in turn, create a biofilm (a thin, slimy, and adhesive film of bacteria) that can prevent the absorption of nutrients. The primary issue with this claim? Currently, there’s no research proving that biofilms occur in humans who have ingested magnesium stearate. In fact, one laboratory study found that stearic acid actually inhibited the formation of biofilms – which contradicts this claim outright.

“Molecular Basis for the Immunosuppressive Action of Stearic Acid on T Cells” is one of the most frequently cited scientific studies concerning stearic acid. Conducted in 1990, the primary experiment consisted of a line of T cells (vital immune cells) in a petri dish that was exposed to stearic acid. As a result, the scientists discovered that exposure to stearic acid had impaired the cells' ability to perform their immune functions.

While these seem like sound findings, currently, there are a few scientifically-backed holes in the story. The first: Research has shown that T cells are incapable of metabolizing stearic acid, which is why it shouldn't have come as much of a surprise that the tested T cells were unable to function properly after being immersed in the stearic acid.

Now, you may be thinking: “Even if the T cells' inability to process stearic acid was already known, the fact that after being exposed to stearic acid, the T cells weren’t able to function properly is bad, isn’t it?” And you would be entirely right to think that if there were any way for us to guarantee that the experiment was held under realistic conditions that the body could replicate – which brings us to red flag number two!

Red flag number two has to do with the amount of stearic acid that the T cells were exposed to. According to research, the total concentration of free fatty acids (which would include stearic acid) found in the bloodstream of a healthy adult is about 100 times less than the concentration used in the experiment. Taking this research into account, it seems highly unlikely that the body would even be able to come close to replicating the conditions found in the experiment, making a situation where T cells are impaired by the presence of stearic acid seriously unlikely.

Claim #4: Studies have shown that lab rats become sick after eating diets that include magnesium stearate.

Now, let’s take a moment to break these numbers down a little further and figure out just how much magnesium stearate is safe.

Claim #5: Magnesium stearate is safe to use in supplements because it is synthesized from stearic acid, a saturated fatty acid found in many foods and oils.

While it is true that magnesium stearate is synthesized using vegetable sources, that does not mean it is natural, safe, or non- genetically modified. Stearic acid is derived from sources such as cottonseed oil, canola oil, and palm oil, and there are certain drawbacks to using any of these sources. Cottonseed and canola crops have a high chance of being genetically modified and pose the risks of being heavily sprayed with pesticides, the residue of which may find its way into the stearic acid supplement. Palm oil, on the other hand, contains high levels of palmitic acid, which poses a high risk of cardiovascular diseases.

So, though stearic acid is found naturally in many foods and oils, its refined supplement form may not be entirely safe or natural.

Claim #6: Magnesium stearate is NOT harmful because it is used in amounts that are too insignificant to worry about.

While small amounts of magnesium stearate have not been shown to negatively affect the body and health, they may be harmful if the quantities are adding up over time. The risks of consuming this supplement are not fully known yet, and so, there is no conclusive evidence to support or deny this claim.

So, Is Magnesium Stearate Safe?

Despite the overwhelmingly negative reputation magnesium stearate and stearic acid have earned themselves, we’ve found that there’s an incredible amount of data out there suggesting that some of the more popular inflammatory claims may be less than credible. Now, the decision is yours to make.

To know more about our services, call us at 855-492-7388 or send us your request to receive a free nutraceutical manufacturing quote.

Why Are There Ingredients Overages in Vitamins and Supplements?